Modern vs Classic Golf Equipment Tested: What Has Changed?

Golf equipment has changed dramatically over the past several decades. Manufacturers have hired top engineering talent and invested massively in research and development in an effort to win over consumers. Compared with the persimmon drivers and blade irons of old, there is now a real opportunity to get clubs that are completely dialed in for your particular golf swing.

While it’s almost impossible to quantify exactly how much performance has changed, I decided to do a fun little test with my SkyTrak launch monitor. I purchased a persimmon driver, blade iron, and some older golf balls off Ebay just to see what kind of numbers each would produce compared with my current equipment. The results were interesting, and shed some light on what modern golf clubs are capable of.

Golfers Did Not Have Many Options

I have spoken at length about the advancements in equipment with Woody Lashen, the co-owner of Pete’s Golf. His custom fitting business is considered one of the best in the entire industry by Golf Digest and almost every major OEM. He first started building clubs in the 1980s and since then has seen massive changes in technology and club design.

Back in the early 80s when Woody first started in the industry, there were no means of measuring club performance – it was mostly about how the equipment looked. The actual quality of the wood used on drivers was something people cared about, which is hard to believe considering today’s equipment. You bought a new driver because it was starting to wear out, not because there was a huge change in technology.

Overall, your options were limited. With golf balls, you had two choices – a ball that could go farther but not stop on the green, or you could get one that would spin more, but not carry as far with your longer clubs. Additionally, with irons, there wasn’t much variety. There were forged blades that offered little to no forgiveness, or enormous cast irons that were large and clunky.

Engineering talent had not flooded the industry yet, and Woody believes that the major change came when Karsten Solheim started designing PING golf clubs.

A lot of advancements have been made over the past several decades. The golf world has attracted top-level engineering talent from places like aerospace industry. These brilliant minds have been able to design, manufacture, and measure club performance better than ever. Every manufacturer is investing major dollars each year trying to push things forwards in order to capture market share.

As such, performance has increased quite a bit. Today’s golfer has endless options. There are literally thousands of combinations between shafts and heads that can be created. While this can be a problem on its own, what it does mean is that you can now get equipment dialed in for your specific golf swing. Back in the 1980s and before, this simply wasn’t the case. You had several options between your ball and clubs, and that was it.

So I decided to have a little fun and try out a persimmon driver, blade iron, and an older Titleist ball. I compared it against my current equipment just to see what kind of differences in ball flight they produced.

All testing was done with my SkyTrak launch monitor. You can check out my full review here, but this is a great product that will deliver accurate metrics for a test like this. 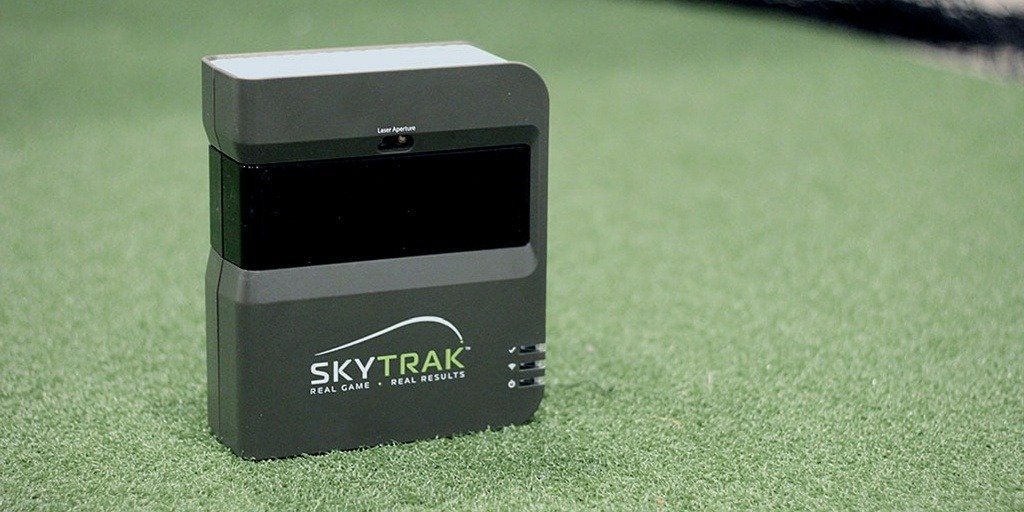 The Modern Blade vs The Classic

The test I was most interested in was comparing an older-style blade iron versus a modern one. Truth be told not too much has changed in the looks of a blade iron over the years. Many companies are still producing the classic forged blade that is a symbol of craftsmanship.

I purchased a McGregor Jack Nicklaus 7-iron from eBay, which is representative of a run of the mill blade iron that you could find in the 70s or 80s. I play PXG irons, which offer the latest technology that the golf world has to offer. They have taken the classic blade design and completely transformed it by thinning out the face, adjusting weighting, and several other unique design features. The result is more distance, higher launch, and more forgiveness. I’ve been playing them for almost three years so I can certainly vouch for their performance.

The lofts on newer irons like the PXG are extremely aggressive – at only 31 degrees it would be roughly the equivalent of a 5-iron from that era. The 7-iron I was testing from McGregor would likely be the equivalent of my 9-iron. However, the stamped loft can be somewhat irrelevant. For this test, I was interested in how far the ball was traveling, and how high. Again, this was just a fun test to see how a 7-iron from decades ago would perform against the modern 7-iron.

The results were pretty dramatic.

The PXG carried 176 yards, which is 23 yards farther than the McGregor. Additionally, the peak height was almost 12 feet higher, and it had a tighter dispersion around my target. So while the loft on the PXG is much lower, it has the ability to travel farther, straighter, and higher than the McGregor, which is what the technology claims to do. For an approach shot, you certainly want enough height to stop the ball on the greens, which is exactly what my irons are able to do on the course.

Additionally, the feel of my shots was almost night and day between the two clubs. Any slightly errant shot with the McGregor felt terrible, and the launch greatly suffered. Compared with the PXG there was certainly far less forgiveness on off-center strikes.

Persimmon vs The Modern Driver

When you look at drivers you’ll see the most dramatic changes in design and performance. The old adage on persimmon drivers was that you had to “hit it on the screws,” which requires a bit of precision since the faces of the club are so much smaller.

Modern drivers offer much larger faces, which allows golfers to increase their ball speed (and distance) on off-center strikes. Additionally, the lighter weight of the head and shaft makes it easier to generate more swing speed.

The persimmon driver I ordered had a 44″ steel shaft, which was the equivalent length to my driver.

I am playing a Titleist 917 D3 driver with an aftermarket shaft from Accra, so this is some of the best equipment that modern design has to offer.

As you would expect the results were fairly dramatic as well here.

I was only able to carry the persimmon driver 219 yards for a total distance of 238 on average.

Compared to 252-yard carry and 272 total distance with my Titleist, that’s a pretty significant change. Additionally, the ball speeds were very different – 139mph versus 151 mph.

Granted this isn’t a perfect test. I have heard some discussion that persimmon drivers cannot compress the modern golf ball the same way that they did for balls of that era. But since we can’t get a perfectly new golf ball from 40 years ago this will have to do.

That being said, I don’t think anyone would argue that modern drivers don’t offer more forgiveness and overall distance compared to clubs from decades ago. Trying to strike a persimmon driver perfectly requires quite a bit of skill!

The invention of the Pro V1 by Titleist marked a major shift in golf ball technology. It has allowed golfers to get the best of both worlds – longer distances with the driver and optimal spin conditions when you need them.

Many of you remember the wound golf balls from Titleist. Older balls are hard to come by unused, but I was able to purchase a box of DT Wound 100 that were never hit before. I have no idea how the balls were stored, and how they have decayed since then – but nonetheless, I was interested to see how they would hold up over time.

You can see just how different the insides fo each ball are. Wound golf balls have tons of rubber threads wrapped around rubber core whereas the modern ball has multiple solid layers.

On my SW the wound ball had very close numbers to the Pro V1. The Pro V1 spun a little more, and the DT 100 felt incredibly softer at impact.

With my driver, there were some differences, but to be honest they were not as large as I expected them to be. I only lost about 10 yards of total distance, and still had pretty optimal launch conditions. Not bad for a ball that is probably more than 30 years old.

I have learned a tremendous amount about golf equipment since I first started Practical Golf. What I can tell you with certainty is that the clubs and ball you play can have a large impact on your performance.

As you know golf is a very challenging game, and playing the wrong equipment will make it that much harder for you. On the whole, the clubs being produced now are very impressive. It would be difficult to argue that any golfer could pick up a club from 40 years ago and have better performance than one produced today. How much of a difference exists will always be up for debate.

That being said, I would suggest to anyone that is looking for performance gains to work with a knowledgeable club fitter that has equipment that can accurately measure your ball flight. I have seen it with my own eyes. By simply changing a driver’s head, one could add 25 yards in distance, or by adjusting an iron you can add more distance, height, and accuracy. There is a sea of options out there, but you want to make sure you have the right mixture for your swing.

Playing in the Wind

2 UNDR Review: Relief for The Boys!