Callaway Rogue Driver Review: Did The #1 Driver in Golf Get Better?

Callaway had a huge success with their Epic driver in 2017 featuring Jailbreak Technology. This year they are back with an updated version of the #1 driver in golf – the Rogue.

In this review, I’ll give you an overview of the significant changes in the driver, what some club experts are saying, and results from my own testing.

What Callaway is Saying

The main selling feature of the Rogue driver is still their Jailbreak Technology. Last year we were able to gather a small group of golfers to test the Epic driver in this article. Almost everyone we tested had increased ball speed, which validated Callaway’s claims. Most golfers see anywhere from 1-3 mph of ball speed increases. This mostly results in a little extra bump in the overall distance.

Without going into the technical details, Callaway says that they have improved the overall Jailbreak Effect on the Rogue driver. The key difference is on off-center hits. By increasing the MOI (a measure of forgiveness), they are saying that the driver will perform better than the Epic on mishits.

Long story short, the Rogue driver will give you similar distance gains from the Epic, even on off-center strikes.

What The Insiders Are Saying

I usually take whatever manufacturer’s say with a grain of salt. They often exaggerate claims with words like “game-changing technology”.

$499 is a lot of money to spend on a driver, so I want to make sure I am giving you all the straight story!

Recently, I spoke with Woody Lashen from Pete’s Golf. He is one of the top clubfitters in the entire industry, and more importantly honest to a fault.

Woody is extremely excited about the Rogue driver mainly because of the added stability for off-center hits. He believes it is one of the most forgiving drivers he has ever seen. Woody said he is most impressed with the combination of higher MOI and lower spin. When he evaluates a golf club he takes into account the variety of golf swings that he works with, and thinks that the Callaway Rogue driver will be extremely versatile in its ability to work for different kinds of golfers.

Simply put, he thinks it’s a great driver that can help add distance but more importantly preserve performance on mishits.

I try to be careful whenever I do a product review on the site. My impression of this golf club is not the end-all-be-all. 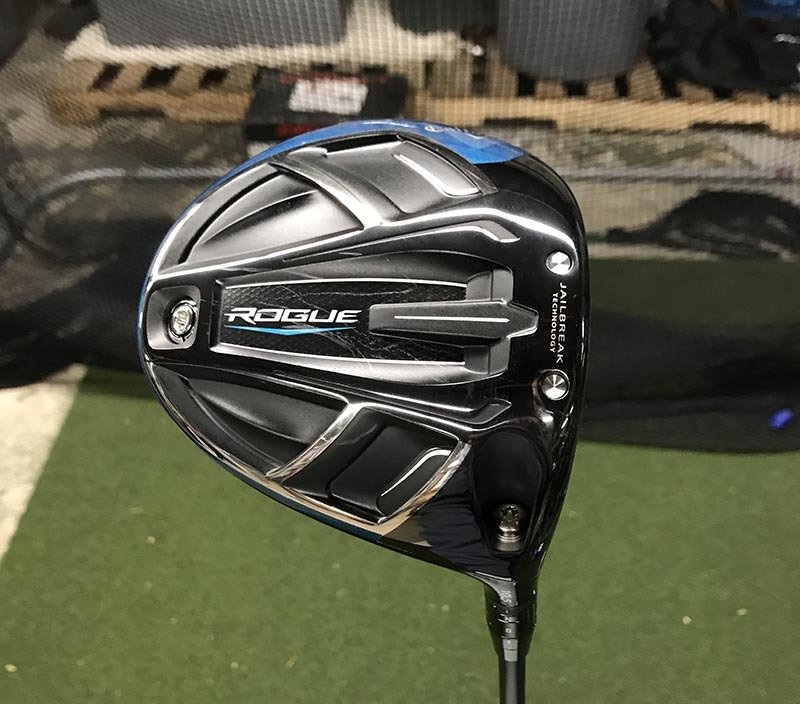 Personally, I was not a huge fan of the Callaway Epic when I had a chance to take it out on the course. The contact felt a bit “muted” and it wasn’t the right fit for me in terms of launch characteristics.

I have to say that I like the Rogue driver significantly more. It’s an extremely attractive looking club, and I felt that they improved the feel of the club dramatically. While that might be subject to different golfer’s opinions, that was one of the main things I noticed. 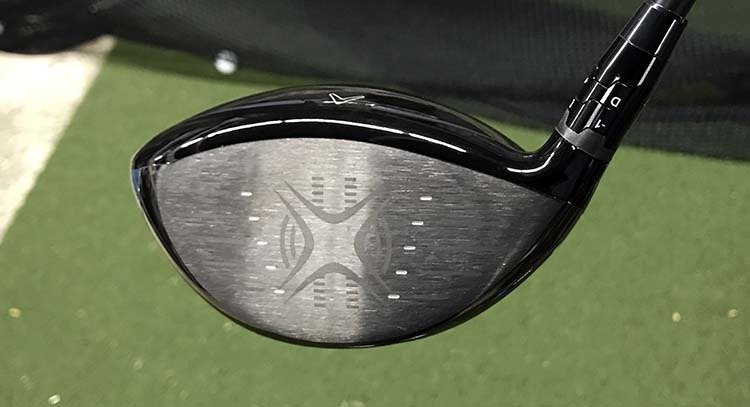 It’s a sexy golf club that certainly won’t hurt the eyes at address.

Some Data For You

Currently, I play a Titleist 917 D3 driver. After testing a bunch of drivers and being fit properly, this is the most optimal driver head for my swing. I have a tendency to spin the ball a little bit too low, which was an issue with the Epic when I tried it in 2017.

Recently I conducted a test between the Callaway Rogue. I tried to match the shaft and loft as closely as possible to my current setup in order to get measurable results.

Here are numbers for each driver:

OK, so these aren’t ground-breaking changes. I did see a 2mph bump in ball speed, which is consistent with what many golfers see with the Jailbreak Technology. This resulted in a minor gain of about 2 yards in total distance. Overall, the Rogue performed much better for my swing than the Epic did. Having a 14-degree launch, 2024 rpm spin is almost perfect conditions for my swing speed.

However, you can see against another industry-leading driver the Rogue did not blow it out of the water. I will say that these are impressive numbers for a club that wasn’t specifically fit for my swing. It’s possible I could squeak out better performance tweaking the weight options on the head, and trying a few different shafts.

You can make of these results what you will, but remember that I am just one golfer. We could take another player who is using a driver that is 10 years old that wasn’t right for them, and fit them into the perfect specs of a shaft and head for the Rogue and see 20-30 gains in yardage.

The Callaway Rogue is an excellent driver. It has everything a golfer needs – more distance, and plenty of forgiveness on off-center hits.

Is it the best driver out there? No, I don’t believe such a thing exists.

I have learned so much about clubfitting over the last several years. One thing I know for certain is that there is no such thing as “the best” golf club for all golfers. This is why I always encourage players to get custom fit if they can and test other equipment.

If you don’t go that route, and just buy the Callay Rogue driver sight unseen, I don’t think you’re making a huge mistake either. This is some of the best technology and club design that the golf industry has to offer right now. Callaway has done a great job creating an extremely stable driver that will likely go a little bit further than what you are currently playing.

Callaway has a great selection of shafts to choose from with the Rogue. They are offering the sub-zero model for golfers who want less spin. Additionally, there is a draw model which will give a little help to all those slicers out there.

If you are interested in purchasing the Rogue driver online I recommend you check out Global Golf. They have a new feature where you can try clubs out risk-free before purchasing them.

The Best Denver Golf Courses You Should Be Playing

Breaking 90 – My Personal Journey to the Eighties (and back)